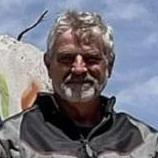 By moto_rph, November 20 in 1 to 3 Day Ride Write-Ups, Stories and Photos