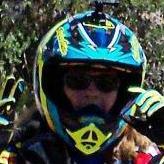 Do you still read the newspaper?